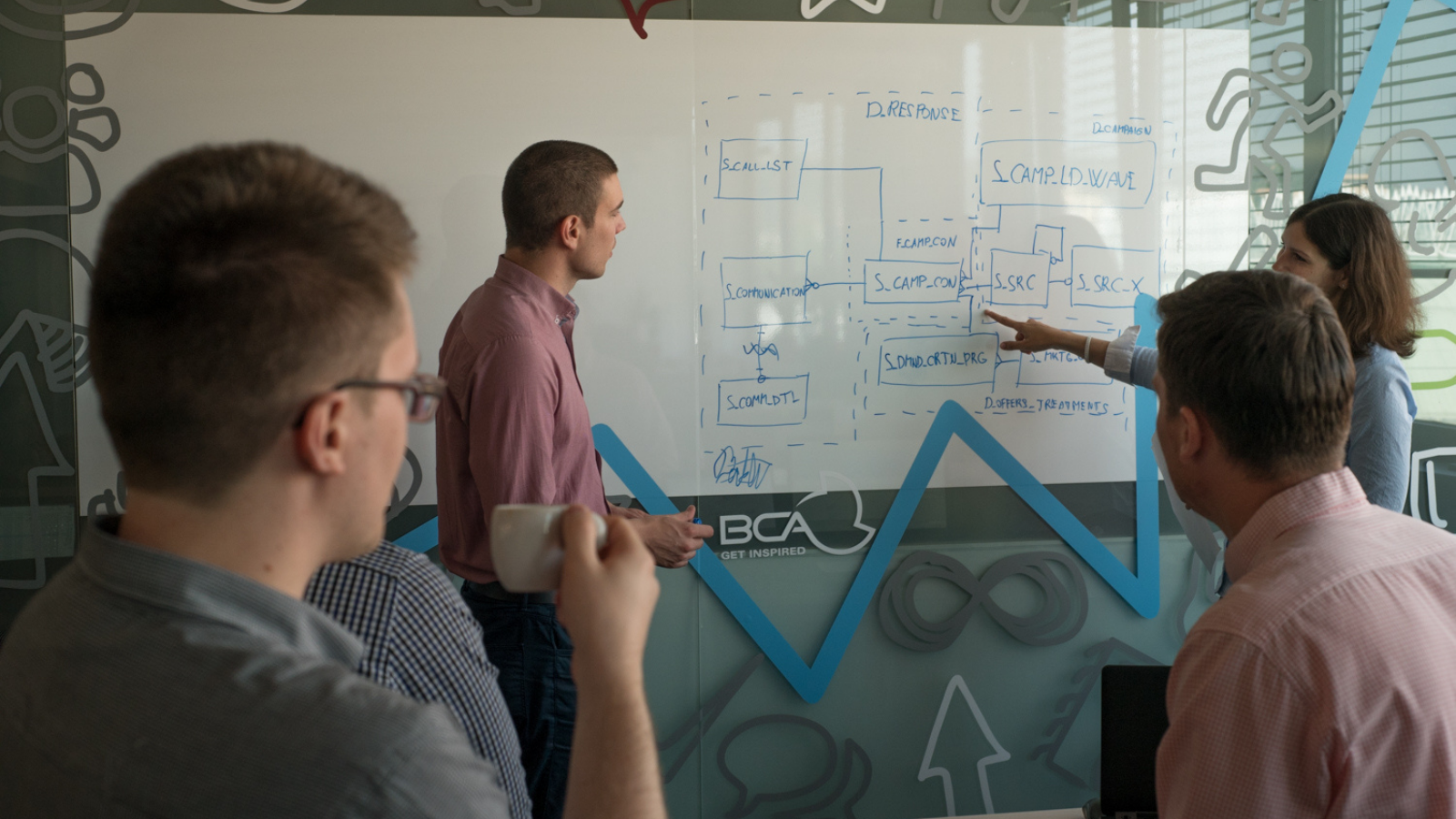 We need a team! - The success of an RPA project depends to a large extent on having the right team.

We need a team! - the legendary laundryman Ede Minarik's statement from the film Football of Old Times has become a much-quoted catchphrase. It may come as no surprise to learn that the success of an RPA project depends to a large extent on having the right team. We show you the "positions" you need to find someone for if you want to use a software robot.

Because software robots are being introduced for a wide variety of tasks and in an increasing number of companies, there can be a big difference between RPA projects in terms of the number of people working on a given task. However, there are some roles that must be filled in each RPA implementation if successful projects are to be achieved.

A key figure in the implementation of software robots is the RPA COE (Centre of Excellence) leader, who is essentially the operational host of the RPA. He or she is the person within the organisation who sees the potential in RPA, commits to the implementation and becomes the advocate for the process within the company. He spends a significant part of his time working on this, determining what approach and how robotisation should work, managing the process at an operational level if necessary, setting business objectives. He or she is the soul of the project, performing both management and operational tasks.

If the COE leader is sufficiently senior in the company, he or she may also be the sponsor of the software robot implementation in the company, but it is more typical to have someone else in senior management behind the initiative. The sponsor is usually not involved in the operational part of the RPA project, but believes in the development and supports it within management. The solution provider can also support the COE in winning over management, as it can effectively demonstrate the benefits of optimising processes, reducing errors, replacing human effort and the return on investment based on its previous experience.

Once a company has the openness and the necessary support, the next step is to find out whether it is technically feasible and, if so, what results can be achieved by introducing software robots in the company. This is the purpose of the POC (Proof of Concept), which requires the involvement of additional participants. Among them is the RPA Business Analyst, who assesses the business process to be automated, documents it and adapts and fine-tunes it to the software robot's operation. Of course, an RPA developer is also needed to technically design, build and test the software robot in collaboration with the Business Analyst.

In BCA, the roles of RPA Developer and Business Analyst are usually not separated, because this increases efficiency both in terms of implementation and completed automation: while assessing and analysing the process, the colleague is already thinking in an implementation mindset, and while coding and configuring, if a new issue arises, a more efficient solution can be found if the developer has a detailed understanding of the business challenge.

After a successful PoC, if the company decides to use the automated process in a live system, it must ensure that there is someone in place to provide ongoing support for the software robot. They will be the Service Analyst/Support team, whose task(s) will include, among others, intervening if the software robot stops working for some reason or, if they cannot correct the fault, involving the BA and/or the Developer in the investigation. This role often requires continuous availability, as problems may occur at night or over the weekend and need to be responded to.

If the first RPA project becomes a success and a company decides to go further with automation, it is worth adding more people to the team as the scope of the processes to be automated grows.  As the number of robots grows, the role of the RPA Solution Architect becomes more significant, ensuring that the entire robotic solution fits seamlessly into the IT and business process logic, effectively supports the company's objectives and is cost-effective to run in the long term. As the RPA implementation progresses, more processes are automated and new requirements are added, the need for a Project Manager becomes necessary.

You also need a Supervisor to manage the licensing of the software robot and to manage when and which processes run on each robot. This is a relatively narrow role within the overall project, so in practice a COE colleague will typically perform this role as well.

Since the introduction of software robots also entails changes in the operation and organisation of the company, these changes have to be communicated and managed to the staff and management, which is the task of the RPA change manager.